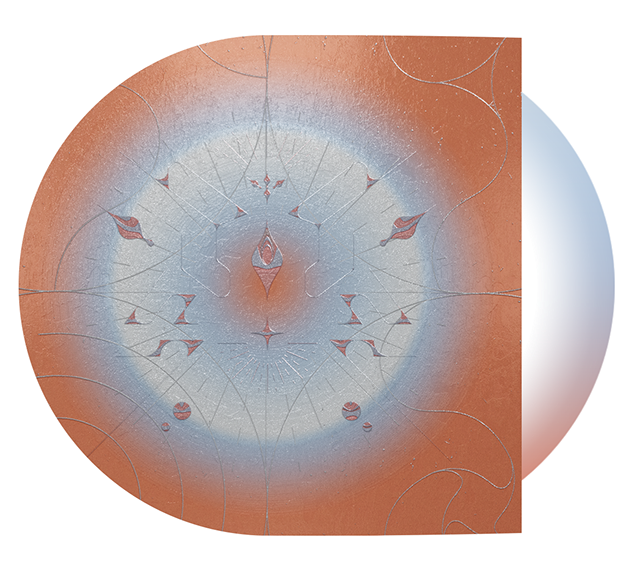 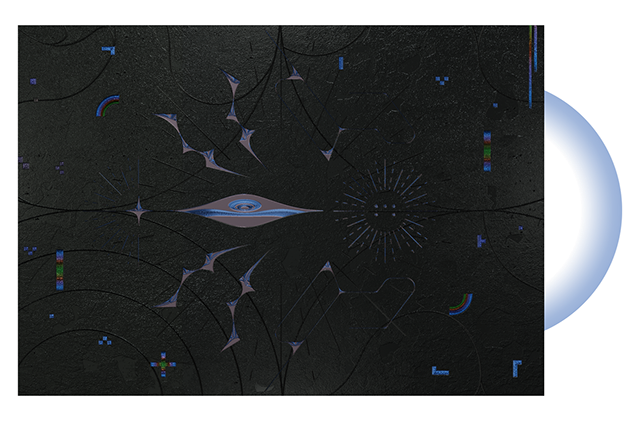 This is the third installment of Glyph Institute research papers - click here to read the previous entry.

After spending the last year & a half dedicated to tracing the sprawling history of a phenomenon called Lei Music - I decided to formalise my fixation on the field by founding a research facility called the Glyph Institute². In the following months I will be publishing my experiments, analysis, and best attempts to elucidate the questions that have always eclipsed any formal understanding of Lei Music. Comprised of a tangled nexus of folklore, geology, sound technology and ever-diverging historic accounts - Lei Music’s questions seem eternally shrouded by a dense blur.

The development of ‘Sylph Fossil’ was a strenuous process. It was rife with unexpected results, guesswork, and contact with vile, abyssal beings. Around three hundred and twenty-four αlfa builds are sat on the Glyph Institute² vaults - and in this journal entry I’ll be sharing a few of these proto files.

During the earliest conceptual stages of the NewSylphᴹᵒᵈᵉˡ¹ Dꜵsing Rods, our intent was to develop open-source instruments that would provide perfect conditions to summon entities with the least possible external interference. Very quickly, we found our efforts diverging from our primary goal - when early malfunctions led us to some very intriguing results. It was during these drawing-board experiments that we decided to split into two separate dev teams; the other team continued work on creating the purest possible rod model while I led a splinter unit off the beaten track. My group was specifically created to investigate the results of sculpting hyper-sharp Dꜵsing rods made from a material called Sylph Alloy.

When attempting to create & record Lei Music using our unfinished NewSylphᴹᵒᵈᵉˡ¹ rods, we would consistently get glimpses of impartially summoned beings with distinctive amber hues. Their movement was rapid & violent, while their colour was unlike any summoning records we were aware of. Our demos would usher beams of grey, steel blue and bruised orange to pierce through the rifts - while dismembered entities glided in rage through our testing environment

-Mapping of the summon's light fluctuations 2

The twelfth test with the NewSylphᴹᵒᵈᵉˡ¹ rods was perhaps the first noteworthy breakthrough we made. We’d sculpted the upper 33mm of the rods’ protrusion to point northwards, which seemed to result in irregular, isolated patches of silence that interrupted our demos. While using dense & swamp-like tones, we found the fluctuations in the air (caused by the new rod protrusions) were stretched, shrunken, and almost magnetically pulled around to sudden halts. The air was viscose & thick - & our laptops’ output was reduced to a pathetic, crawling rhythm. Dancing to this stuttering cadence was the partial entity we’d managed to summon. Moving in erratic bursts - it seemed to be puncturing its rearranging body parts through the air while never revealing its entire form. The summon was terminated after around 20s due to the increasingly apparent lack of control we had over the being. 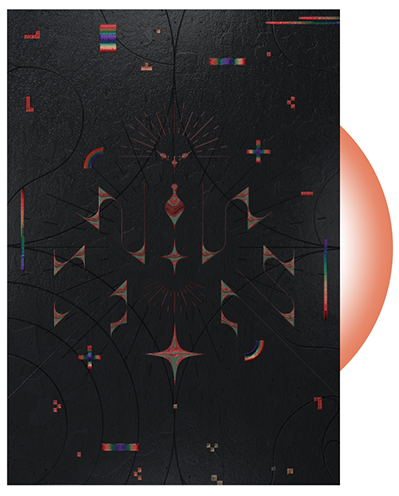 It’s hard to not personify these summons and project earthen characteristics onto their behavior. Even the phrase ‘entity’ feels loaded - lumping these gaseous aether-dwellers into the same categories as flesh and blood organisms. Maybe they are only as alive as a geyser or an aurora or a stormcloud. This being said, the movements of the summon felt almost akin to a tantrum. Summons are terminated when collateral damage grows at an exponential rate - but the mood & temperament we perceive the entity to be feeling plays an undeniable part in the decision.

We were determined to press on with our experiments and manage the issue of the summon’s fury.  The modified NewSylphᴹᵒᵈᵉˡ¹’s razor sharp spines were rounded off in the case that the highly concentrated points were the cause of the overly intense entity. We had also been developing a new percussion sub-software on the Glyph Suite DAW, and planned to use it in tandem with the modified rods. The instrument had decent expressive capabilities - with dials that shifted the sonic profile between squealing twitches and titanium gulp noises. We tried to sequence some basic rhythmic channels, but kinks in the sub-software dragged many input signals slightly off-beat - resulting in a fidgeting rhythmic profile.

Alarmingly, the summon began identically to the violent encounters we had hosted previously. Caustic grey and blue light seeping out of a pin-prick sized rift, and an orange beam shortly after. Before I could trigger the termination protocol, a chorus of hoots trilled in accordance with the light patterns unexpectedly dimming. Shortly after, a slender apparition weaved it’s way out of the rift. It’s unclear whether multiple summons with only slightly tweaked parameters invite different guests every time, or just summon the same entity but with alternating scrambled appearances. Whichever the case, this new line of communication felt shy, softer, and reserved without being barbed. The being slunk around our testing grounds as furthest away from us as possible - slipping in and out through the air & as close to the high ceiling or walls as possible. One of our notes speculated that “it feels as if this one is looking for an exit… a nervous, graceful being looking for the way out.” Impulsively, we worked lower frequency resonances into the demo’s substrate - which seemed to be the discerning factor in inadvertently cutting off our link with the being.

The third notable αlfa build of ‘Sylph Fossil’ began with an entirely different approach to the previous examples. Around this point, we were certain that we wanted to persevere in completing the composition and foster a stable communication with the entities. These distinctive beings were were adorned with interlacing, wing-like appendages that bared no resemblance to any recorded summon. Though these glimpses were enticing, their full form escaped us. We needed to find a way to quell their unpredictable, drastic temperaments, and we decided to experiment with something referred to as ‘Abyssal Hymns.’

An Abyssal Hymn (or ᏗᏂ) is an umbrella term that encapsulates the use of human speech in Lei Music. ᏗᏂ signals are used for a multitude of purposes, but in our case the technique was to be employed to plug the intermittent gaps in our composition. When integrated properly, ᏗᏂ signals are able to duck Lei Line displacements and contribute to a more consistent output of sound where there may have been pauses. The vocal technique is prone to afflicting huge influence on the overall Lei Music piece’s spectral make-up, so whispers are often used so the vocals sit in a small pocket of the frequency spectrum.

In concurrence with the ᏗᏂ overlay, we structured the demo to begin gently; an attempt to mimic the withdrawn movements of the summon’s previously timid demeanor.  The piece’s layers multiplied & intensified, gradually prying open the air. Behind the rift’s glaze was the being - this time waiting dormant at the gate.  In an effort to coo it towards us, we tried to transmit a tone reminiscent to the entity’s hoots. Segments of the entity lit up in the rift’s atmosphere, during which it seemed to be inching slowly towards the opening. Still transmitting the hoots at louder & louder rates, we were oblivious to the fact had been cycling from fully amber, fully grey, to fully steel blue . The entity finally slipped through the opening and glided through our building with the strangest, phasing patterns of movements. Cautious & flowing skims would alight into brutal swoops without warning. Despite this startling behavior, the entity was almost entirely visible now.

The communication was abruptly cut short due to a parallel breakthrough in the other side of the building. Unbeknown to us, the main team had reached a huge milestone in their research, causing a fatal power blackout in the institute building. Despite the severed link to our entity, this specific unfinished αlfa piece led us to crucial advances in summoning the entity in the final ‘Sylph Fossil’ piece. Simply put, instead of trying to dispel intensely furied or timid movements - the most fruitful approach was to compose a piece that harmonised with the entity’s dueling insides. The being could manage to cooperatively dance in jarring swoops to contrasting tonal motifs. It hungered for battering strikes of iron-cladded drum tones to be followed with microscopic, squeaking melody sequences. In the final piece, we attempted to harness this dichotomous, constant switching of ruin & silence - finally  managing to maintain an uninterrupted communion with the entity.

In the coming weeks, we will be publishing multiple journal entries detailing recent discoveries - including an uncovered archive of unheard Lei Music, Unit¹’s advances into entity context/biology, & much more.

Entry 04: A new expedition, communication with the Big Protectors, etc.

Entry 04: A new expedition, communication with the Big Protectors, etc.